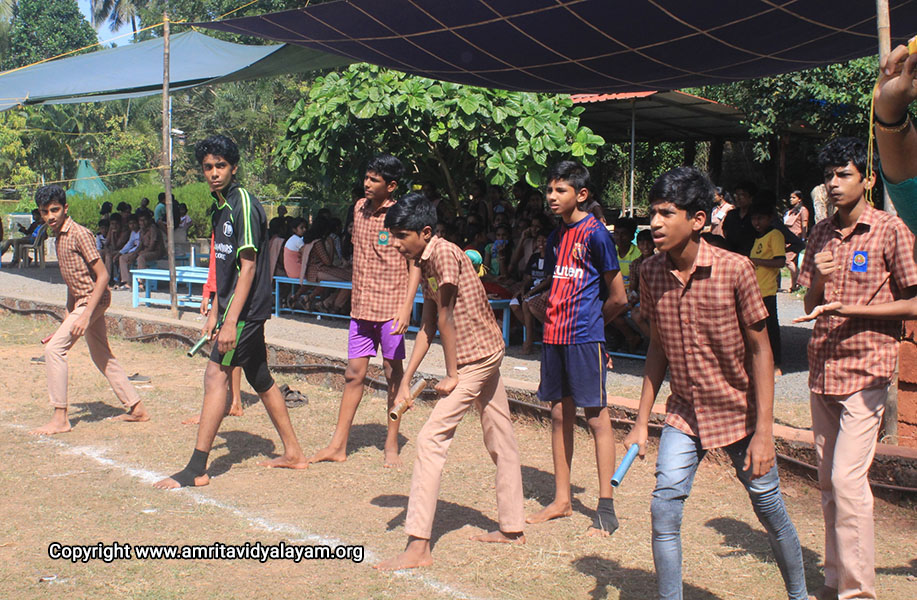 Sports Day celebration for the academic year 2019-20 was conducted on December 19th and 20th. Various sports events were organized for students from classes I to XII, giving them the opportunity to bring their skills to the forefront.

The first day of the meet had track events, shot-put, discus throw, long jump, badminton, chess and caroms for senior students. Their spirits were at its peak when the sprinters reached their destination, and the entire atmosphere was filled with genuine enthusiasm and a huge round of applause for the winners. The senior students also had a football match between the four houses, and the excitement reached a fever pitch again during its final moments. The junior students had events such as musical chairs, frog jump, filling the bottle and running race. It was really worth watching as the tiny tots participated in the various rounds of the competitions.

The senior students battled for the cup in the Kabaddi match held on the second day of the meet. The whole ground reverberated with loud cheers from the spectators for their teams. The day came to an end with the prize distribution ceremony and the happy faces of students.

As per the directions of MHRD regarding reducing the weight of school bags, Amrita Vidyalayam schools are restricting the subjects for Standards 1 and 2 to English, Mathematics, and second and third languages. Standards 3 to 5 will have EVS in addition to the above subjects.

We have also implemented “No Homework Policy” for Std. I and Std. II

Your application has been successfully submitted. Thank you for applying to Amrita Vidyalayam, Kuthuparamba.

Our administrative executive will contact you back at the earliest.